Every Friday, our local NPR station has a segment called Michiana Chronicles which features essays by area writers. I don’t catch it often, but I happened to be driving today when it came on. It’s titled Mug Storiesand it inspired this post.

I definitely have my own preferred mugs. I usually look for the wide-mouthed blue mug that we got in the Korean equivalent of a dollar store. I bought it because I needed something for coffee in my first teaching position. We were 24, transplanted to the center of Seoul and learning how to build a life together. That was the same year I bought my wife the wide, hand-thrown mug with a violet painted on it from 인사동.

Our overseas mugs aren’t limited to Korean origin. We also have a nice heavy vessel from Austria adorned with Schladminger that my wife obtained while studying overseas during college. We’ve both been to Austria, though separately. I’d be okay going back some day with her.

(This photo is from Bavaria in Germany, but Austria is just past those mountains, so I’m going to count it.) 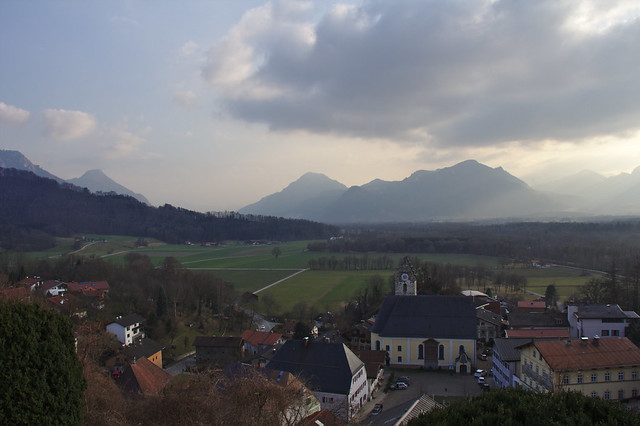 We had a smaller mug from Thailand from our trip during Christmas in 2010. It was brown with a white glaze ring around the top and a mosaic-like pattern on the white. It was delicate and made the 7,000 mile trip home fine only to have the handle broken in our dishwasher one afternoon. 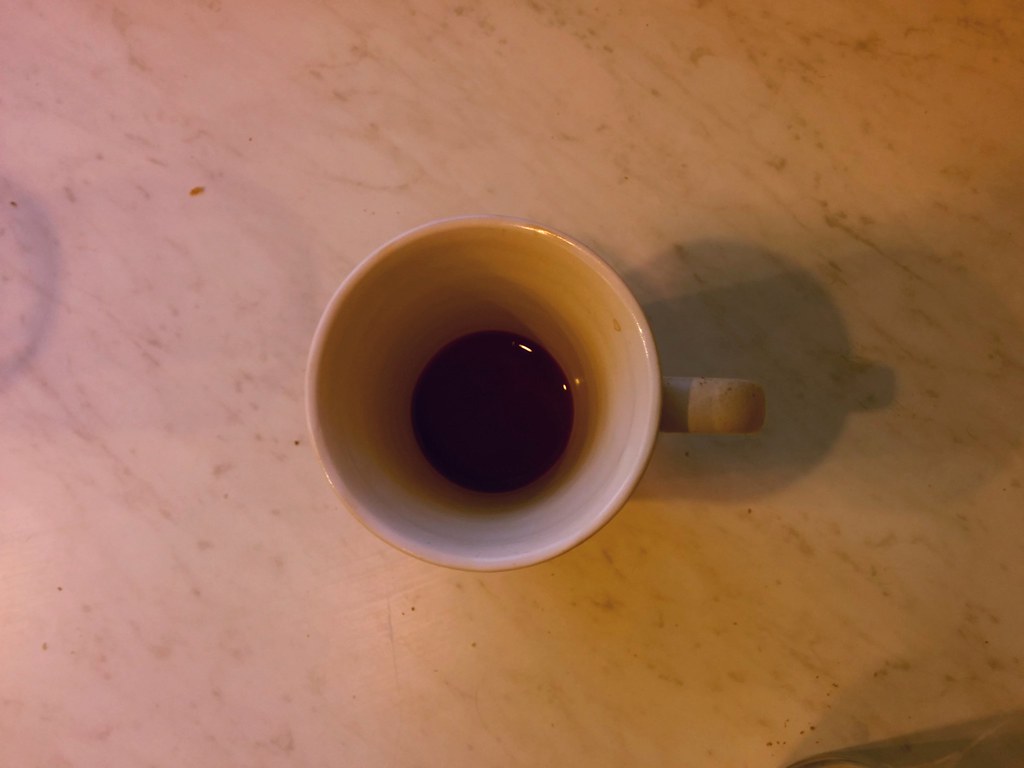 Bottom of the cup. flickr photo by bennettscience shared under a Creative Commons (BY) license

Some of our mugs come out more frequently in particular seasons. We were gifted two mugs from a local potter as wedding gifts. We got to go to meet Peter the Potter in his workshop and pick out two hand-thrown pieces. One still survives today, nearly 10 years later (the other developed a hairline crack and it started leaking). We were married in the spring but the burnt orange and earth colors of the glaze make me reach for it more in the fall as we hunker down for the cold winters.

Other mugs don’t come out enough. It’s a reminder that we need to have people in the house…enough to use the mugs that don’t get used regularly. They’re just as good as others, but for one reason or another, they’re relegated to guests only. We ended up hosting Easter dinner this year. Family and friends came over for a meal and all of our mugs were in the dishwasher that night.