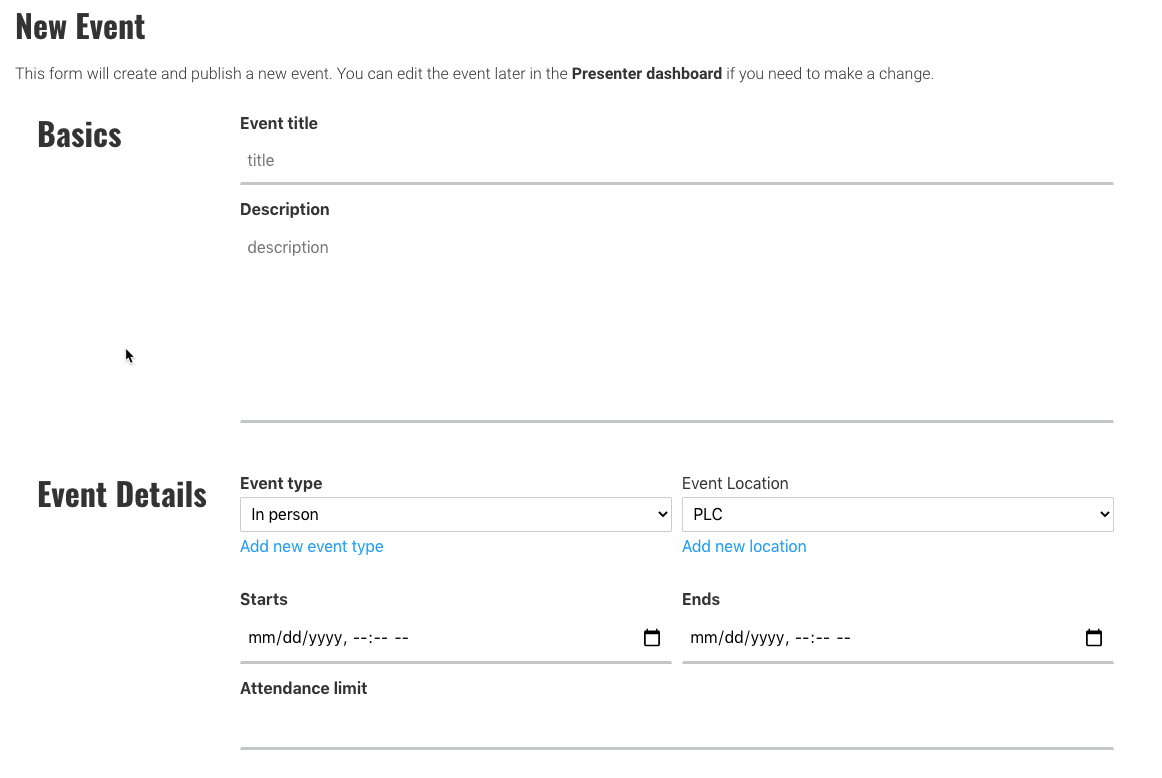 sWe’ve had a look at how users work in the new PD site, so let’s take a look at another major player: presenters.

The word “presenter” is really loose in this system. This can be a person who is leading a one-off workshop. It can also be someone who can answer questions about a program. Or it can be someone who is facilitating a multi-week learning extravaganza. At the end of the day, a presenter in this system is someone who is responsible for certifying participants have done a thing.

I mentioned in the last post we want to move toward competencies and to encourage the coaching aspect of skill development, presenters play a crucial role in the professional learning system. I’m getting a little ahead, so let’s back up.

Presenters start with a little more freedom in the site. They have two additional menu items: Presenter Tools and Create. This is a smaller group of people who will make things happen, so they need more tools in their kit to do those things.

The presenter is a more powerful user. So, their home page is the same as a general teacher. Notice that the home page now only loads future, active events. Their navigation menu has new options, though. 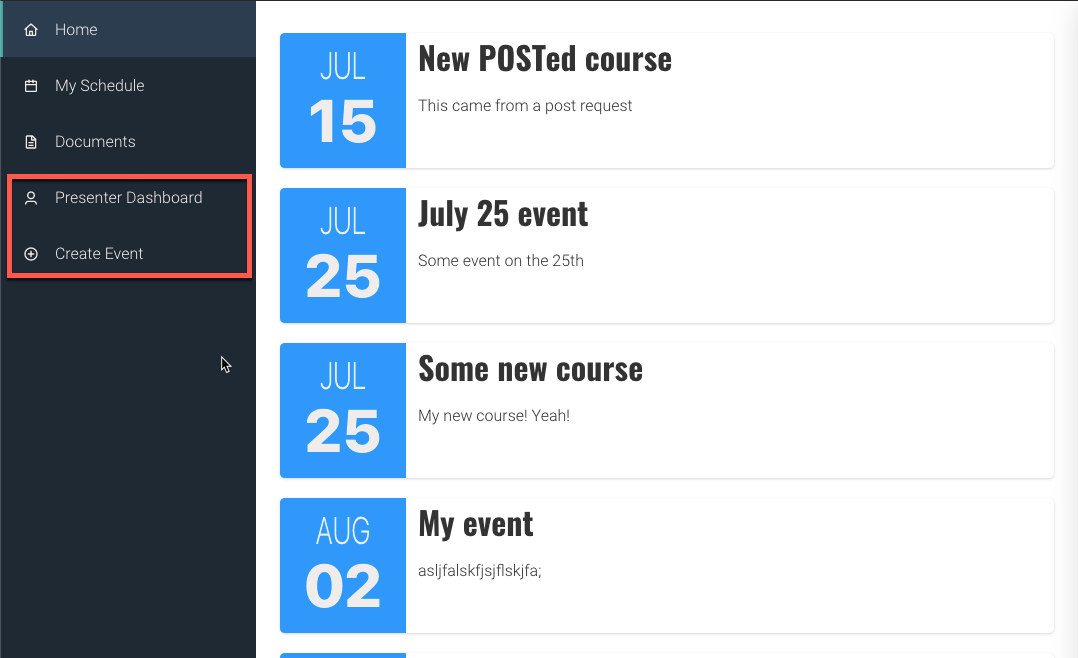 By default, a Presenter can create a new event. An event can be a one time workshop or something spanning a longer period of time. The type of event is determined by the presenter, so the form helps with that. This also helps us categorize which types are more or less popular, which ones get more registrations, and which have higher rates of completion.

Creating an event sets it to Active by default and people can begin registering. On first submission, the person completing the form is set as a presenter. This will need to change because we’ll eventually have secretaries or assistants creating events but we don’t want them listed as the main point of contact.

One point I’m particularly happy with is setting the event type and location fields. I took major inspiration from Jonnie Hallman, a developer who write extensively about his design and build processes. His post on building inline forms helped me think through how to handle this part well.

When the page loads, it grabs current event type options (In person, Google Meet, Webex, etc) and throws them in a dropdown menu. The same goes for locations. These include metadata that can be used later in the UI, but for now, it’s just to help categorize our events.

The big question was how to handle a situation where the type or location didn’t exist. Using an inline form, I was able to allow the presenter to create a new type or a location on the fly and dynamically update the menu.

After submitting the event, a simple modal confirms (or rejects) the submission. 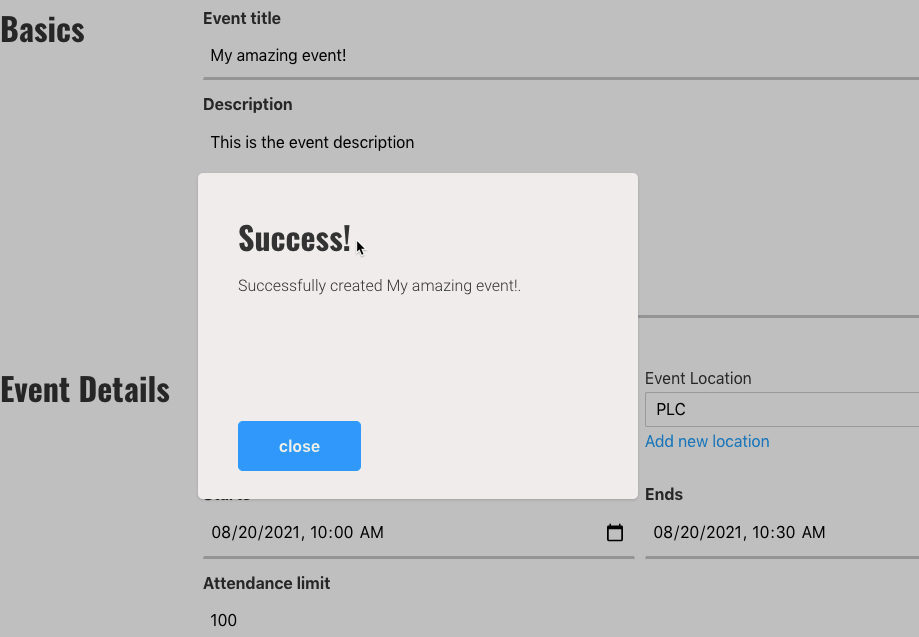 Here’s where the rubber starts to meet the road. Once a presenter has created (or been added to) a event, they are able to see more information and even change some of those details.

In the Presenter Tools, the user is given a list at the top of the page of each session where they are listed as a presenter. Clicking on an event title loads the registrations and enables editing tools. It’s important to note that this view does not filter by date or active status because we want presenters to be able to make those changes. 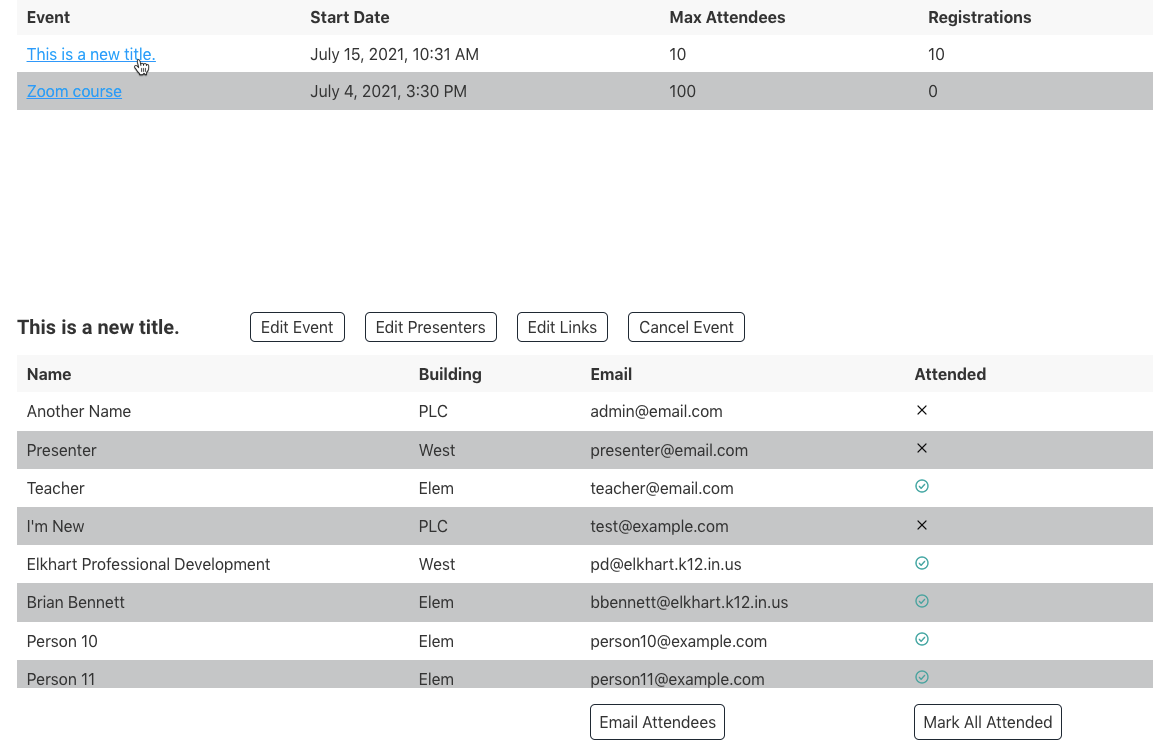 In the tools section, a presenter can open a sidebar to make small adjustments to the event. Things like the title, meeting location, description, etc. Date changes are also supported right now. Using the same inline form as before, a slider will pop out with a form they can edit. Current values for the event are pre-loaded into each form field.

To keep the sidebar from scrolling to the moon and back, different edits are split into different actions. The only edit not supported for presenters right now is the ability to edit who is presenting. There’s no method for getting users who are already presenters, so that needs to be built out before those changes can be allowed. 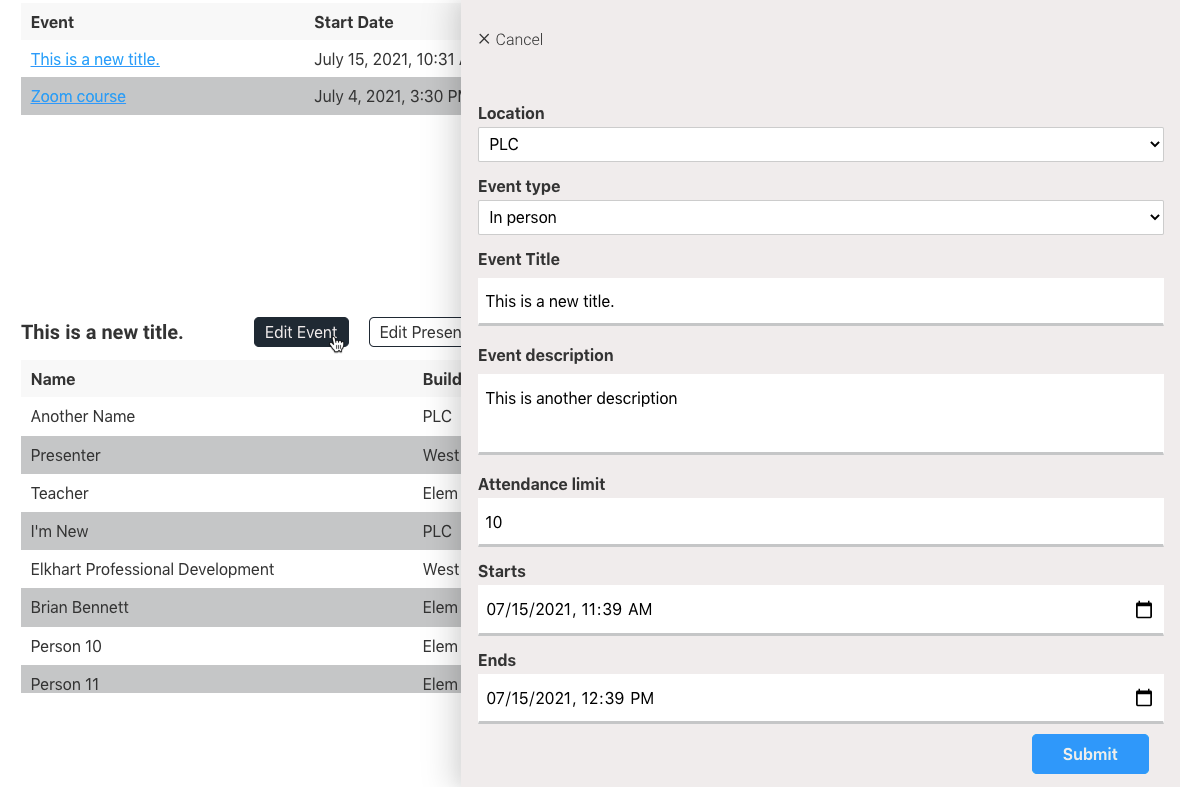 Another helpful tool for presenters is a clean method for adding resource links to the event. In the edit form, current links are shown as well as a simple form to add a new link. The link categorization isn’t really used yet, but it will allow us to use that metadata later. 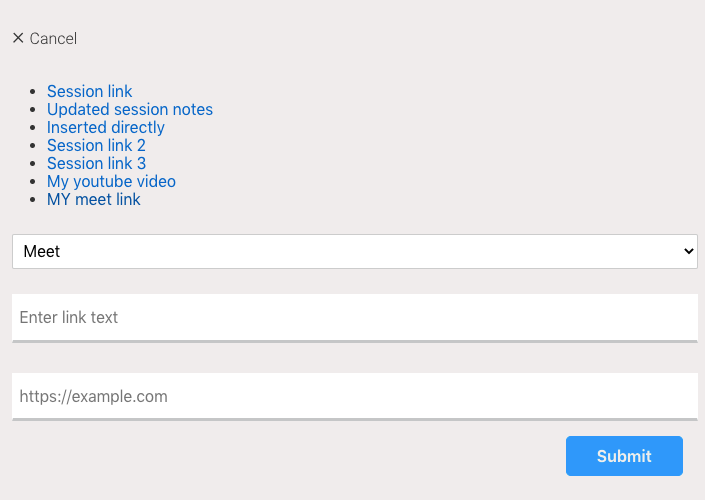 Often, presenters will want to get in touch with registrants before or after an event. When a presenter clicks on an event in their list, they’re given a snapshot of the registrations at that moment along with a couple of tools.

Presenters can open an email to all registrations for quick communication from here. Emails are sent by whatever is set up on their computer (Gmail, etc) so the app can stay simpler. Getting into sending automated emails is hairy.

They’re also able to see the registrant status. Remember in the last post how one session was marked “Registered” and the other was marked “Attended?” This is where that happens.

In reality, some of the training we’ll be facilitating is just that: one time training. After an event, the presenter can come in here and mark an individual has having participated or make those marks in bulk on the registrations list. This will flip the status for users and they’ll be able to get their documents.

At other times, we want to see growth and competency. So, a presenter may have a long-running event – weeks or months – and as participants show their skills, the presenter can come in and mark those people off. The asynchronous, intentional marking of completion will help presenters take action in working with their participants and signal to staff that we want to help them make substantive change in their practice.

This was a huge update to functionality, so I’m going to stop there. There will be at least one more post detailing the admin tooling. Lastly, I’ll probably do a big writeup of the technology behind this system and give links to source code so you can dig in and take a look.