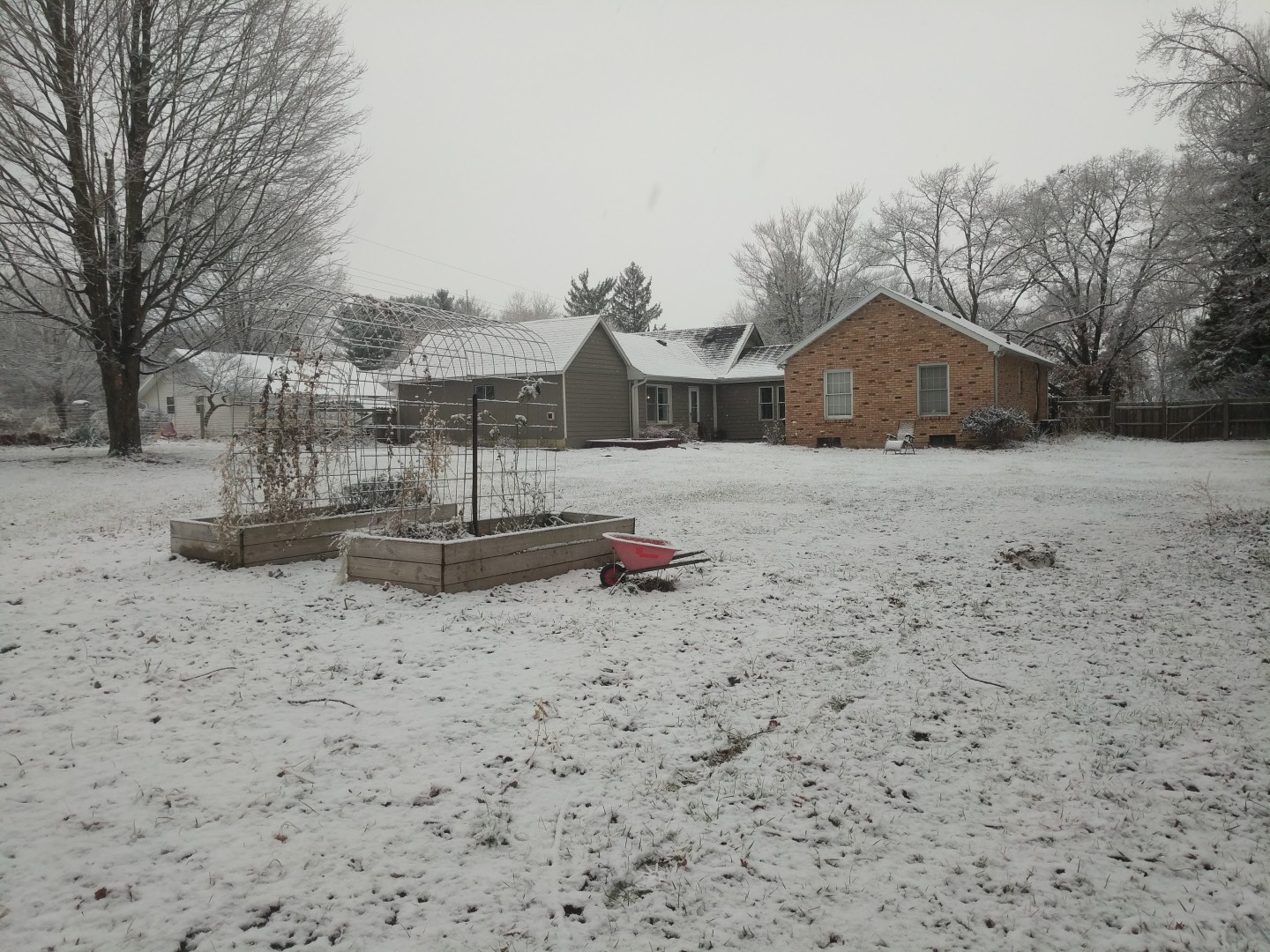 I just finished packing up our first house, to be put on the market tomrorow morning after living here for eight years. As I moved from room to room making small repairs this morning, I thought back on the time, sweat, and energy we’ve poured into it.

We bought the house after ignoring it for months because the outside was…interesting. My father-in-law convinced us to pull over and look into windows. That’s the first time we met the neighbor, Dan, who with his wife Vicki, are the best neighbors in the world.

Yes, they’re better than your neighbors. I will die on this hill.

All four of our kids were born in this house. My wife’s family lived down the road and my parents were able to come and stay with us every couple of months. The neighbors became adopted grandparents by all of the kids. Small group meetings, brothers driving through, visits with cousins and other friends happened here. Our lives were shared in these rooms.

Sometimes there just isn’t enough room on the couch.

Since living here, I’ve learned how to frame, tile, plumb, and do my own drywall and electrical. I’ve installed a septic system. I’ve converted the house from electric heat to a gas furnace. We took a large bedroom and made it into two. Both bathrooms have had remakes…and those are just the large projects.

Plumbing an entire bathroom by myself was terrifying. So terrifying that I installed the shower mount upside down to remind myself to let things go. The shower still works.

I never would have imagined learning how to do all of those things (with my father-in-law’s help) and now I can’t imaging not having learned those things.

Lindsey’s dad (in grey) is a contractor and taught me 99% of what I’ve learned in the last eight years.

The spring brought new planing and the summers were full of wild raspberries, vegetables from the garden, and more recently, armloads of cosmos, ranunculus, and roses.

We watched the bats wake up during dusk and wondered how loud the cicadas could get during the day.

These things won’t stop. I’m pretty sure cicadas live in Michigan, too.

These guys look way meaner than they actually are.

But all of these things happened for the first time here. At Quince House.

It really hit me that we’re leaving when I took the swings out of the tree. I can’t bring the house, but some parts of it are coming with us.

This is where the new house will stand in the fall of 2020.

We’ll be building our next house on a plot of land adjacent to my brother-in-law’s farm. We’ll be able to wake up and see the cattle out back along the treeline. We’re planning on building a hiking trail from our land to theirs so the cousins can visit whenever they want.

Quince House got us started.

The featured photo is of my backyard, early 2020.