Three years ago, my wife and I bought our first home. I can’t believe I haven’t written more on this before (which is partially true. I mention the remodel, along with some photos in an old post.) Time for a mega update – with pictures!

We rushed during the first summer to get the major work done before Meredith was born, which we were able to do. 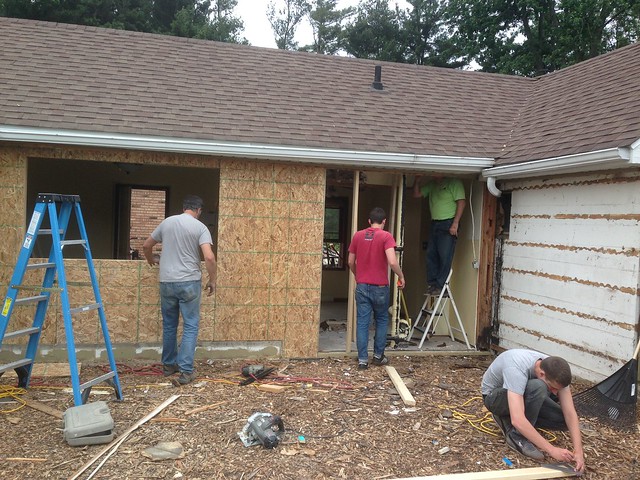 We’d found carpenter ants and some serious water damage on the plate for the wall, so the whole thing had to come out and be rebuilt. That was day 1.

Part of the process involved removing a wall from the dining room, which meant a major ceiling repair as well as refinishing hardwood floors after patching in an old exterior door. 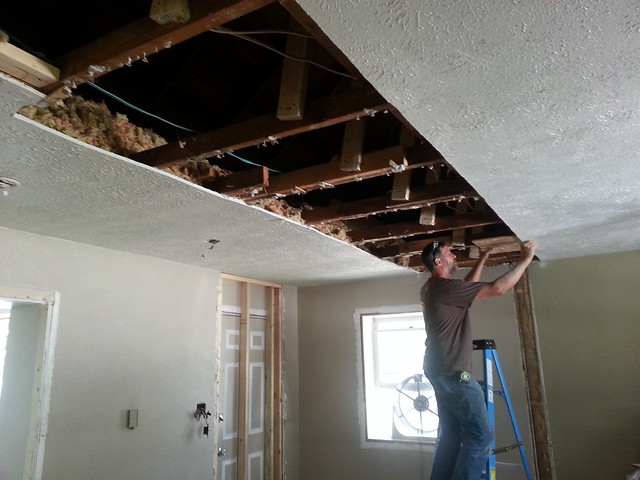 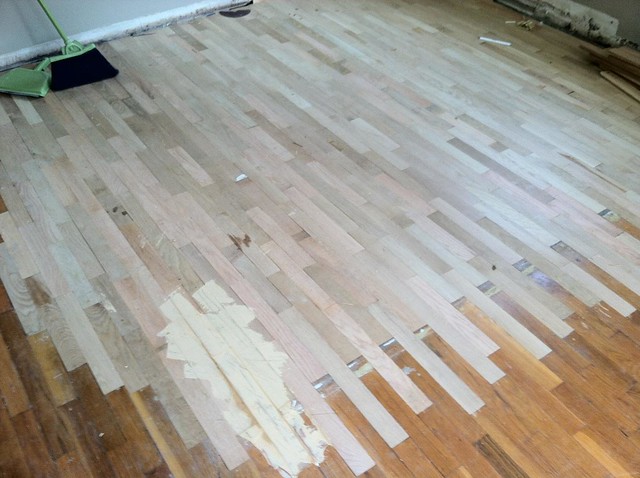 The floors were finished the week M was born. 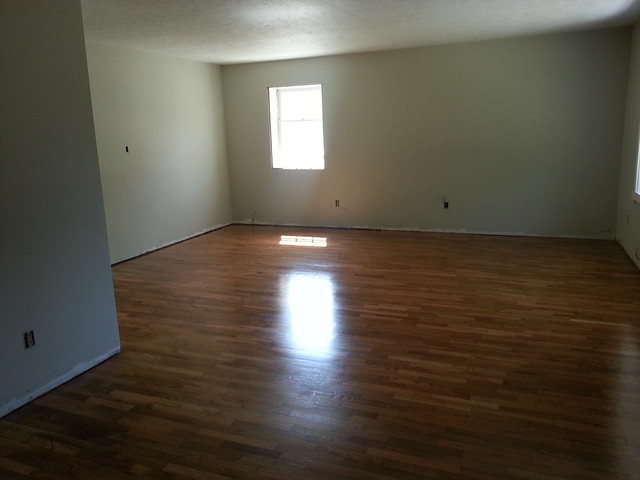 The summer of 2014 was mostly hired out for siding work from tearing the kitchen wall out the previous year. There were some other structural repairs that needed to be done – new soffits, window moulding, a new window put into the living room…things I don’t have photos for. We finally settled on what the kitchen backsplash needed to look like in the spring, and I got those put in during spring break. 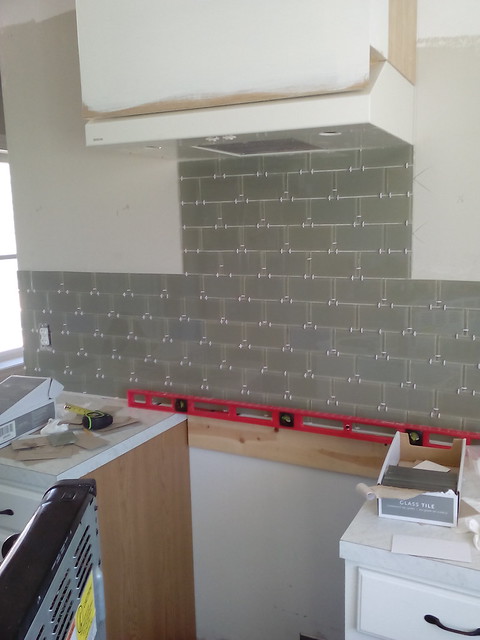 The best part about the backsplash is that the tile we chose was on clearance at Lowe’s, and according to their own policy, they’ll price match. So, a tile that was originally $0.90 each only cost us $0.20 at every store. I bought out northern Indiana and southern Michigan. It was awesome.

Now, a year later, we’re finally pushing hard to finish the rest of the kitchen. The fridge and some old floor cabinets we owned from our first place in the states are getting a facelift with custom shelves, a new butcher block countertop, and some floating oak wall shelves. We started the butcher block last week by milling down some oak we bought from a neighbor. 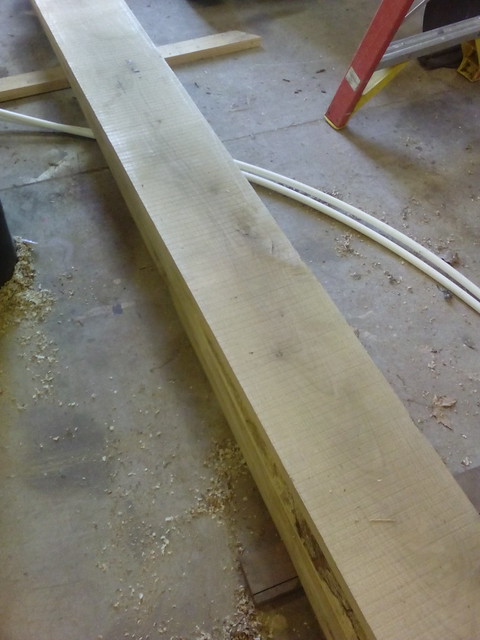 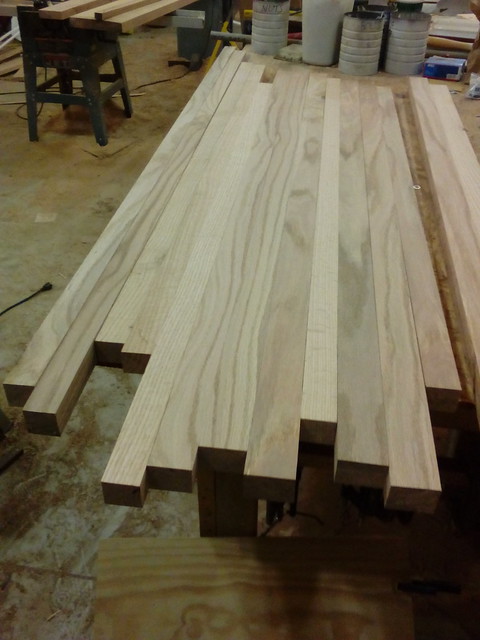 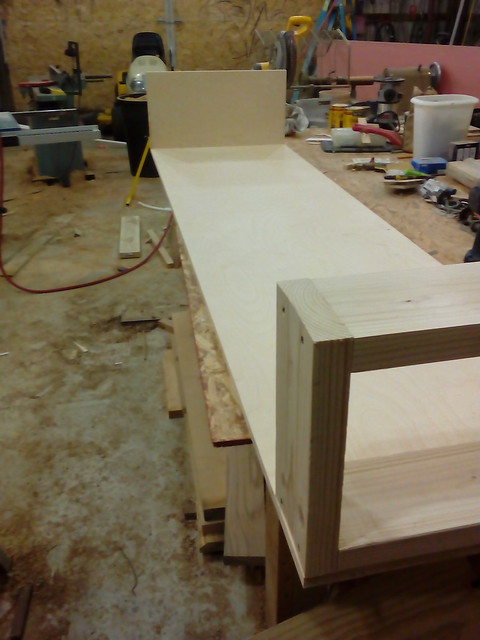 This week is the week to get it all finished. In addition to the shelves, I’m going to be milling the face frames from some maple (from the neighbor again) and then putting a wall cabinet over the fridge. Everything will be topped with crown moulding along the ceiling when we’re done.

And who says home projects tend to linger…