A post caught my attention the other day and I’m usually not one to write response pieces, but I can’t stop thinking about this.

This post is about why I quit teaching nearly two years ago, and why that was a good decision.

I was teaching in a charter school two years ago. My wife and I moved back to South Bend after living in Evansville, Ind. Moving back to South Bend was difficult because neither of us had work nor a place to live. I managed to land an interview pretty quickly at the school which was founded two years prior to provide a mix of academic and vocational training for students. We ran an alternative schedule, which modeled the “business day,” so staff and students were in session from 8AM to 5PM each day. There were nine class hours, plus an advisory. I taught seven of those nine first semester.

I was working my tail off. In addition, the school was dysfunctional. We didn’t have completed schedules for students until the second week of school. We ran study halls for an entire week from day one. We had staff meetings with yelling and blame games. I tried to remind myself that it was a brand new school and that things would turn around.

As we continued through the year, I became more involved in integrating tech into instruction. I led some PD on flipping and using Google apps to extend the type of work being done. I felt good about taking on some of these things because people were interested. As we went into the Christmas break, I was talking with my administrators about consolidating some of my classes (one class had eight students) and splitting my time between staff development and teaching.

I got back from Christmas break with the same class load, PD responsibilities, and students missing schedules. I was asked to support people during one of my plans and co-teach my last science class with one of the middle school teachers. My students were confused, I was stressed, and the other teacher was caught in the middle of trying to set up new procedures.

Our staff meetings also began to focus on creating vertically-aligned tests. We spent time in the departments looking at what we taught and writing up exams to make sure students were progressing. I started asking questions about the use of the tests and it eventually came out that we’d be taking three days at the beginning and end of each semester to test. The results would also be used in determining our evaluation scores and our pay.

I left on March 1st. 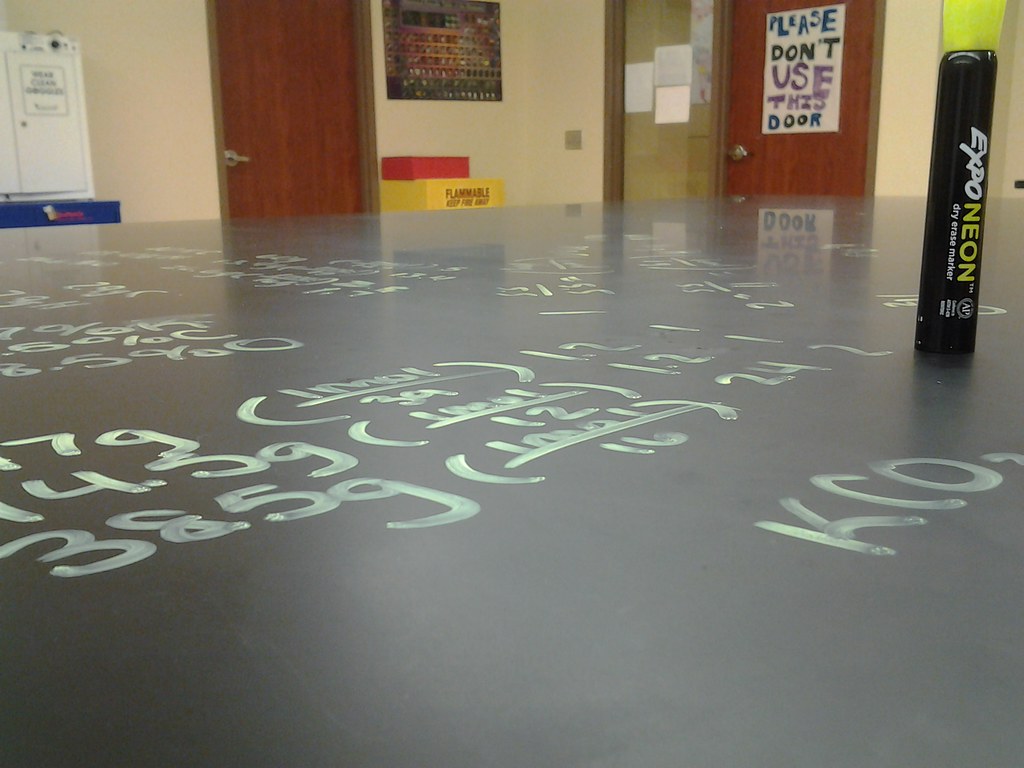 I’ve written at length about the unique struggle teachers go through when it comes to our work. Our community is close. Our bonds are tight. When someone leaves teaching, it’s a big deal.

Unfortunately, it’s too big of a deal.

I was 100% unhappy with teaching. I couldn’t stand to face my administrators or my colleagues. I was unhappy at home. I was frustrated and felt like I’d had a bait-and-switch pulled on me. My students were not getting the best of who I was as a teacher.

What it came down to was that it would be better for their progress and my personal health to step out of the classroom.

Therein lies the problem: if you’re a teacher, that’s all you can do. And if you leave, you’re a bad teacher.

Posts like this where being a good teacher is based on grit and toughing it out, or that in leaving:

“[w]e teach [students] that when things get hard, and when we don’t agree with something, then just quit and find something else.”

It’s a lie, and it’s something that our culture of education perpetuates. As someone who has walked away at one point, believing this lie hindered me for months.

What ends up happening in a system where people are afraid to leave because of community pressure is you have a lot of unhappy teachers. Students see teachers going through motions – shells of what good teachers looks like.

I’m sure I’m not the only one who has left for similar reasons, but I do know that I was terrified to let people know I was leaving.

Please, if you know of or hear about someone stepping out of the classroom, don’t say things like, “I never thought you’d leave,” or, “You’re the last person I expected to quit.” I know they were well meaning and it was meant to be a compliment, but I can say from experience that it doesn’t come off that way. I felt like I was betraying a community, and it was difficult to maintain relationships from my point of view. Leaving was one of the hardest decisions I ever had to make, but it’s one – given the same situation – I’d make again.

_Doorknob is creative commons licensed ( BY-NC-SA ) flickr photo shared by rachel a. k.
The desk photo is mine.